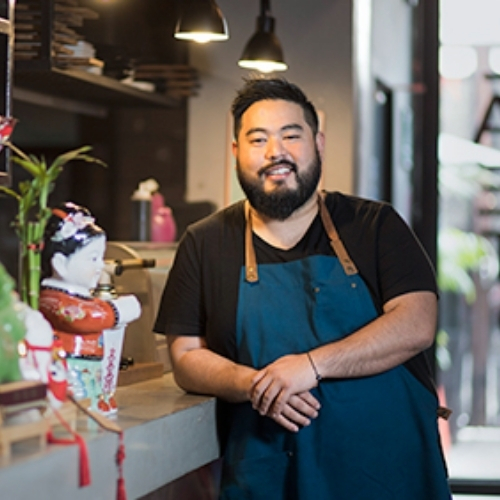 Javier Miyasato is a gastronomic entrepreneur and empirical chef. He comes from a family originally from the island of Okinawa, that pays tribute to food.

He studied Business Administration and Marketing at the Universidad del Pacífico, but left to pursue his true calling; cooking. His first encounter in a kitchen was as an assistant photographer and from that moment his passion became his work.

He then served as gastronomic director at Amoramar in Barranco. After a short time he was hired to develop new culinary businesses, and also take charge of the gastronomic proposal and lead an entire team. He directed the projects of Amor de Lima in Chorrillos and Café de Lima in Miraflores.

Today he is one of the owners and creators of BAO?, an oriental muffin restaurant inspired by Asian street food, and Sutorito Maketto, “street food” with a clear influence from Japanese street cuisine.