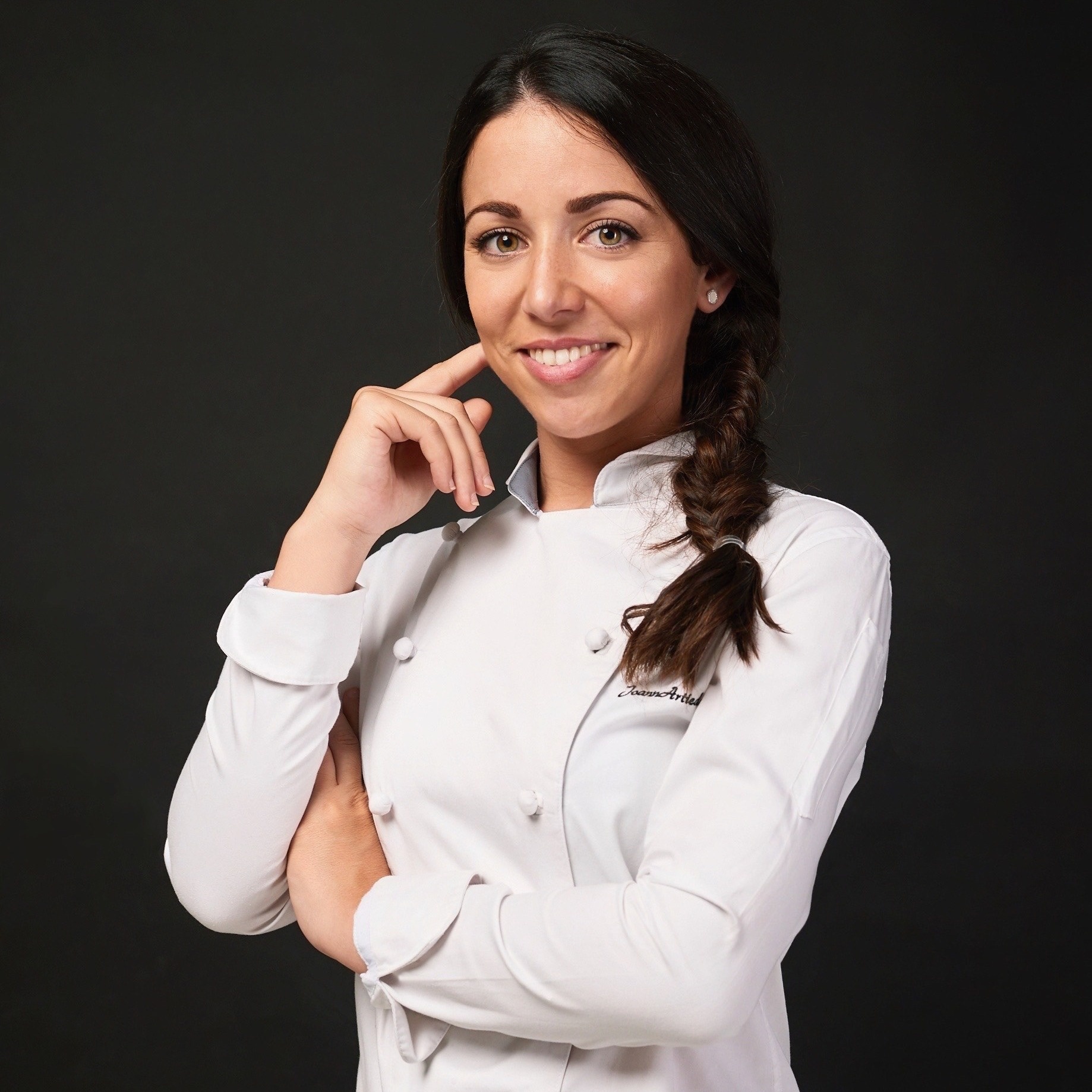 Flans take center stage on this course, whether prepared with ultra-modern techniques or more traditional ones, presented as the highlight of our menu or the end of a tasting menu.

In this online course you will learn how to make a wide variety of flans as well as more about this dish's origins, from the highly esteemed pastry chef, Joanna Artieda. You will ensure your flan-based puddings take pride of place on your menu, certain to delight your diners or customers.

These are desserts that can be made successfully both at home and in a restaurant. A high quality flan never featured so prominently on our menus. 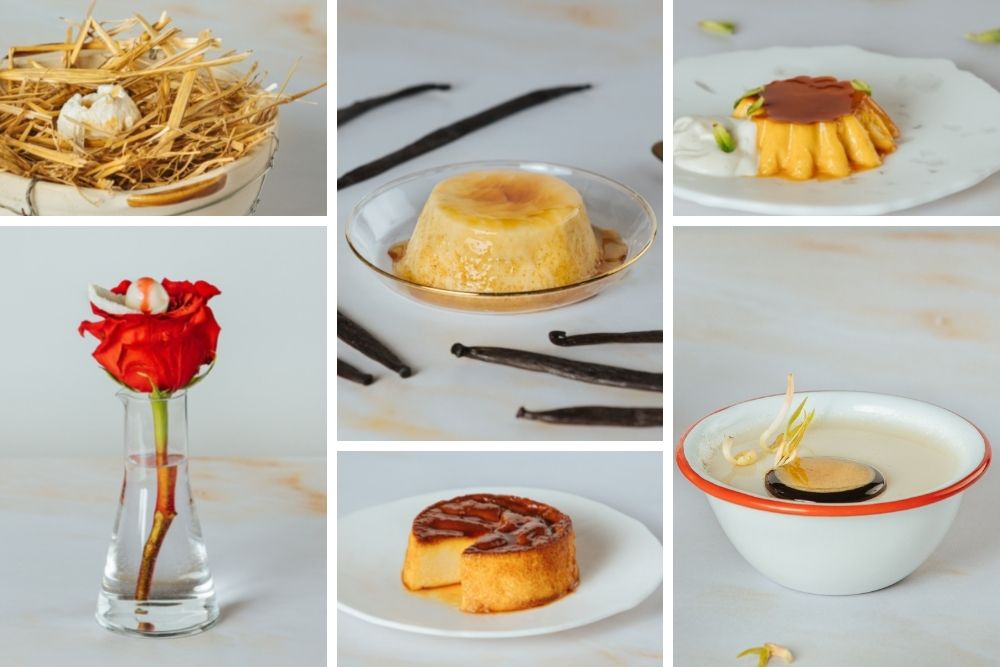 In this online course you will learn how to prepare, cook, vary and apply flan recipes along with endless flan-based variations.

Flans are always in fashion - learn to make an authentic vanilla flan typical of Spanish cuisine, or a cream flan, learning about the reason behind each ingredient. From Joanna Ariteda learn about some of the most famous flan recipes in the world such as Rozata, a flan native to Croatia which is made with rose water, or Venezuelan Quesillo, and even a soy flan made solely and exclusively with soy milk and set with Iota.

From now on, flans will be an ideal dessert for preparing at home or in your restaurant.

Professionals and amateurs who want to get into the world of flans and make the most of their dessert menus whether with simple or avant-garde flans, a cheap pudding offering endless possibilities and variations. Need some inspiration? 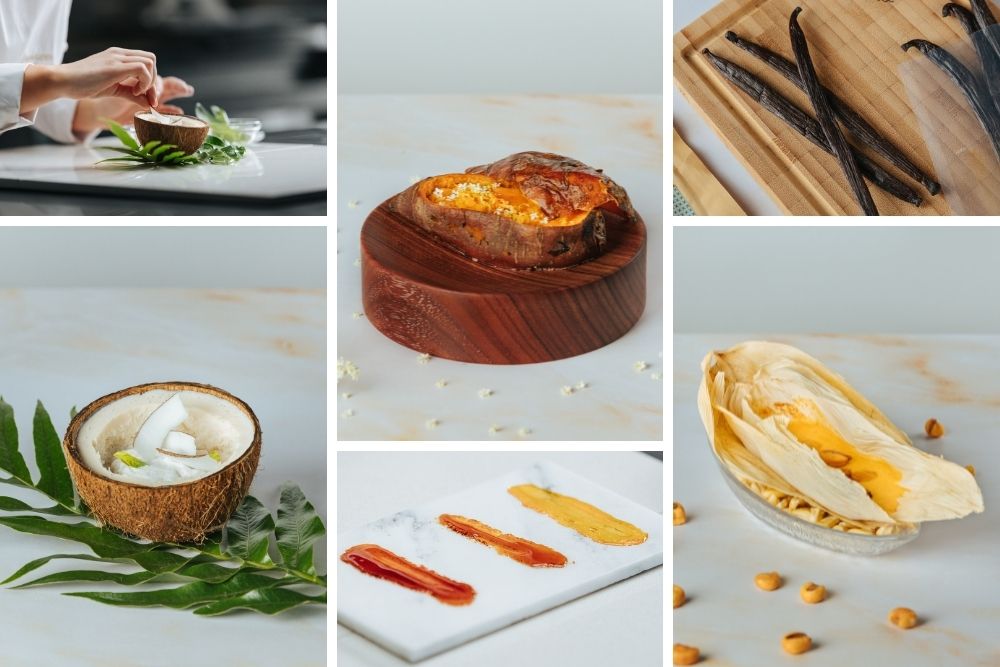 She was born in Pamplona, in 1989 and was raised in a family bakery.

After graduating from the School of Arts, she decided to study gastronomic restoration (cook and pastry). As a student, in the year 2005, she was awarded the prize as the best national pastry work in Spain. From then onwards, destiny and a clear vision and ideas, led her to work in some of the best restaurants in the world, in restaurants with Michelin stars, within and out of Spain.

A versatile chef who is aware that her curiosity, sacrifice and self-demand -always present in her personal and professional evolution- have helped her get an extraordinary mastery over cooking and pastry techniques. Thanks to this technique control, she has been able to develop and create a style in pastry with lots of personality. In the year 2016, she was proclaimed the Best Spanish Chef (first woman to be so highly awarded) and joined the creative team of the chef Albert & Ferrán Adrià along with the Cirque du Soleil.

At the beginning of the year 2017, she was designated as one of the 10 dessert cooks who marked trends in the world and some time later, she landed in Barcelona to form part of the teaching team of Hofmann. Throughout her career, she has been awarded more than twelve prizes. During such a year, she created her brand of turron, Sô kô lá; a new concept for Christmas with unique and exclusive collections every year.

In the year 2017, she was incorporated as the image and ambassador for the cook company Vivid Cuisine, and she started to give master classes in different international schools. By the end of the year 2019, she published her first book, Sweet 12 (first digital book in the world, dedicated to seasonal products). An authentic creative tool that, according to chef Jordi Roca, will revolutionize the cornerstone of the creation of sweet cuisine.

Today, along with offering master classes, she leads prestigious counseling and sweet gastronomic education with Michelin stars, in an exclusive way. This 2020, she incorporates as creative of the INDPT group in the Arab Emirates.