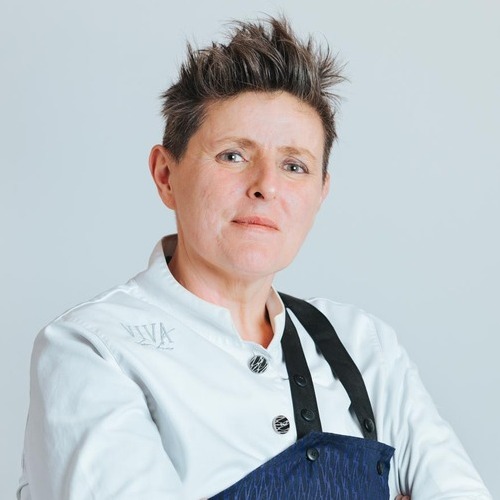 Viviana never stops experimenting with novel culinary methods and techniques, and constantly searches for high quality produce. Her dishes unlock the flavors of seafood and meat, combining first-rate ingredients that appeal to the eye and the palate.

This Michelin-starred chef started cooking in her family’s fish restaurant when she was a child. Her personal and professional path led her to leave Campania in order to grow, learn and perfect her professional skills in top restaurants (including Maestro Gualtiero Marchesi’s L’Albereta, El Celler De Can Roca, Albert Adrià’s Enigma, Angel Leon’s Aponiente, and Christian Puglisi’s Relae). In 1999 she opened her first restaurant, Il Girasole in Orio Litta (in the Lodigiano area of Italy).

Meeting Sandra Ciciriello led to opening Alice Ristorante in Milan in 2007, and to being awarded their first Michelin Star. In 2011, the restaurant transferred to Eataly Smeraldo in Milan.

A perfect harmony of seasonal flavors and modern culinary technology has contributed to the success of Alice Ristorante. As a result, in February 2015 it became a member of the Associazione Le Soste, and then, in May, Viviana was nominated as chef Ambassador to Expo Milano 2015. In 2019, Alice Ristorante became VIVA Viviana Varese.

In July 2021 she was among the winners of "Champions of Change", presented in collaboration with S.Pellegrino; an award which recognizes and celebrates those who used this difficult period to promote significant actions within their community. This is a special prize that preceded the ‘World's 50 Best Restaurants 2021’ event.

In February 2022 Viviana Varese opened ‘Io sono VIVA Dolci e Gelati’, an artisanal ice cream parlor and small patisserie in Milan with an all female team selected in collaboration with CADMI, an anti-violence center for women.

Viviana Varese is part of the Ambasciatori del Gusto, of Euro-Toques Italia and is listed among the ‘50 Best Discovery’. 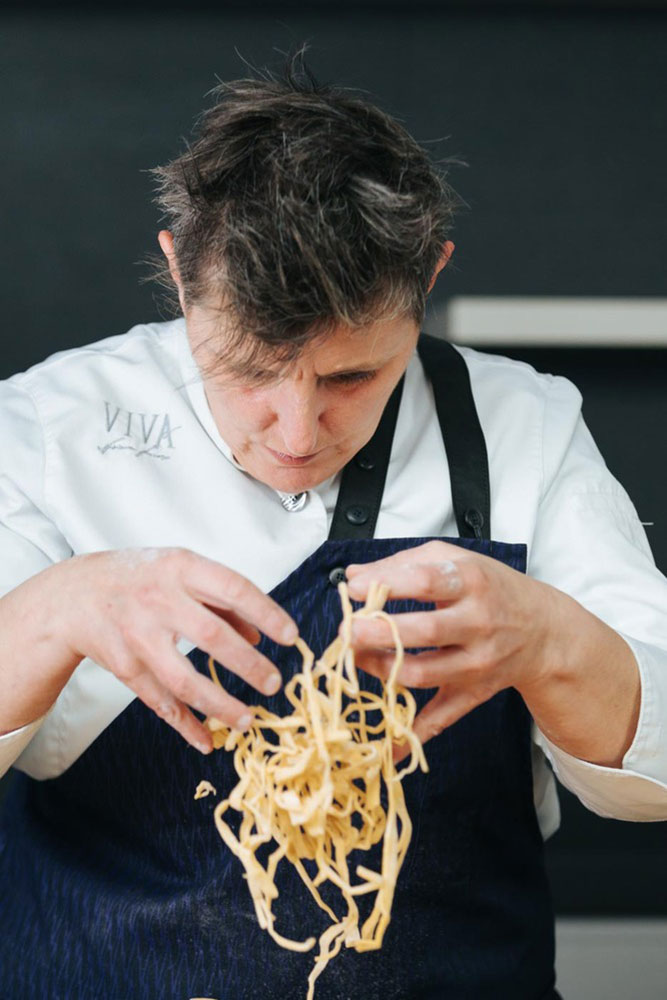