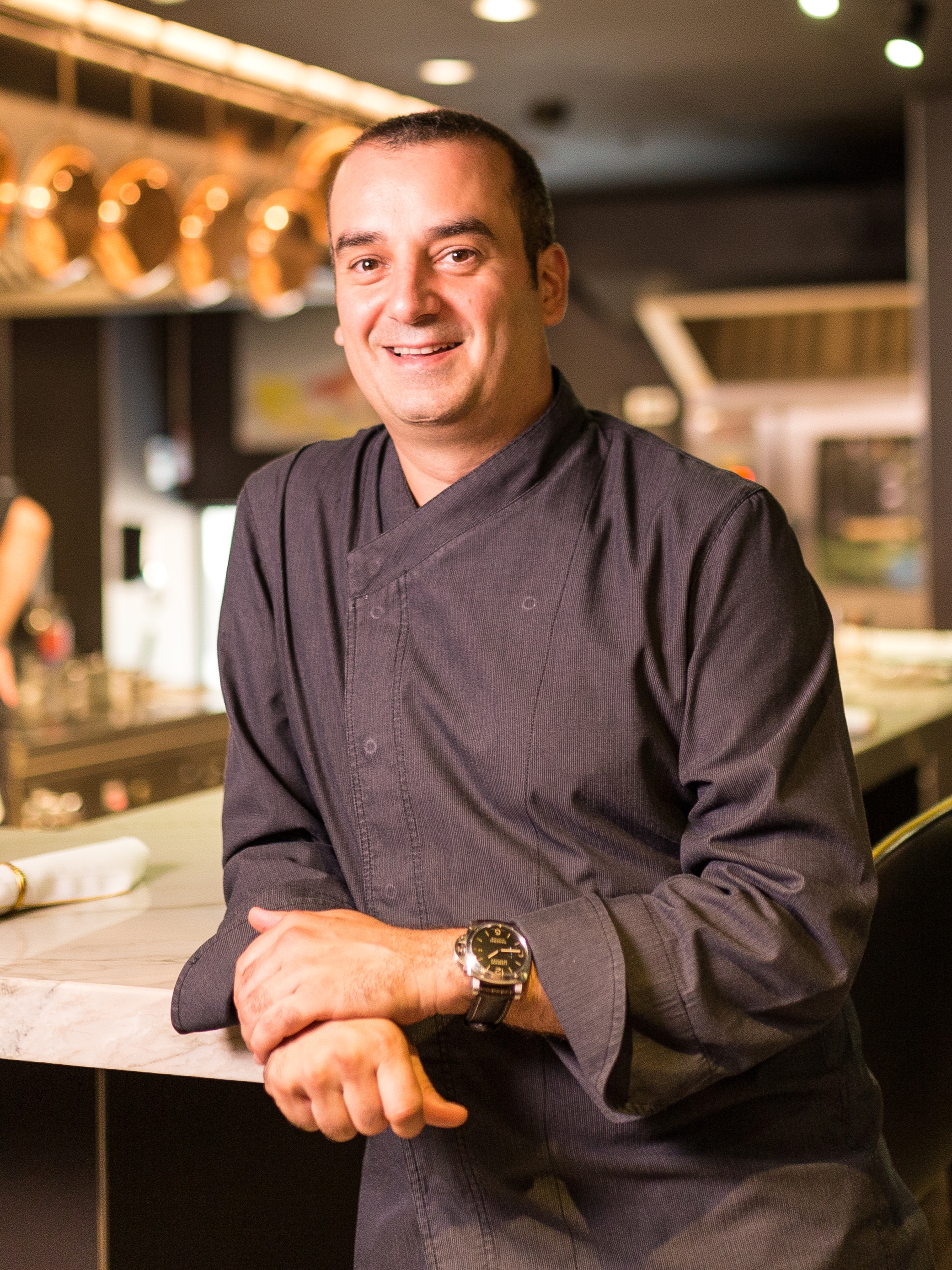 The French Chef  Romain Fornell was born in Toulouse (south of France) in 1976, and at 18 years old, he had the clarity and passion for gastronomy. He got into the school of Hostelry in Toulouse. He was recognized as the Best Young Chef of the Midi Pyrénéss until two years later, at age 20, he decided to move to Barcelona to work as a sous-chef in the restaurant, La Maison du la Languedoc Rousillon. One year later, he returned to France to work first with Michel Sarran, and then later with Alain Ducasse.

In the year 2000, Romain Fornell decided to open his first restaurant, el Chaldette in Lozère and only one year later, received his first Michelin star.  In this era, Fornell was only 24 years old and he was the youngest chef in history to ever receive a Michelin Star.

The Chef Romain Fornell, is now as French, as Barcelonan, and his cuisine, avant-garde; original, sophisticated and careful and potentially one of the best ambassadors for French cooking, that Barcelona will ever have.