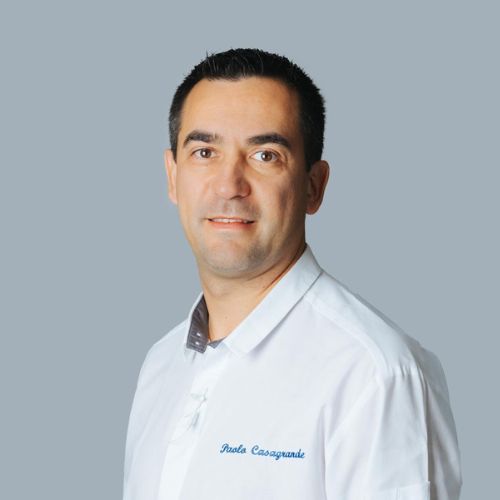 With experience in prestigious gourmet restaurants in the world's cosmopolitan gastronomic capitals, Paolo Casagrande is an expert in Mediterranean cuisine and a lover of traditional Italian cuisine, taking it to the next level with elegance and freshness.

Paolo Casagrande is an Italian chef, very close to the sea that today provides him with his best jewels for the kitchen. He grew up in Susegana, a Venetian town with a rich Mediterranean culture.

The Italian Chef did his first training at Alfredo Beltrame Hostelería School while he worked to discover new techniques and test his creativity in a self-taught way.

He worked in different restaurants in countries like Italy, England, and France with the aim of learning about international gastronomy and working alongside great chefs like Alain Soliveres.

A great influence in his life was that of Martín Berastegui, whom Paolo met in 2003, and thanks to his great capacity for work, Martin places him in charge of the renowned M.B restaurant, The Ritz-Carlton, Abama (Canary Islands) where he gets the first Michelin star for the restaurant.

It is in 2012 when his reunion gave Paolo the opportunity to flourish his gastronomic spirit and be in charge of the kitchens of the Lasarte restaurant in Barcelona.

Since February 2016, Paolo has been in charge, under the direction of Berasategui, of the entire Momument Hotel gastronomic project, the new Grand Luxury Hotel, which houses the Lasarte Restaurant, Oria Restaurant, and Hall0 Cóctail Bar.

The three Michelin stars have crowned the success of Paolo Casagrande at Lasarte. An extraordinary chef who knows his profession in-depth and whose personal values ennoble him professionally. 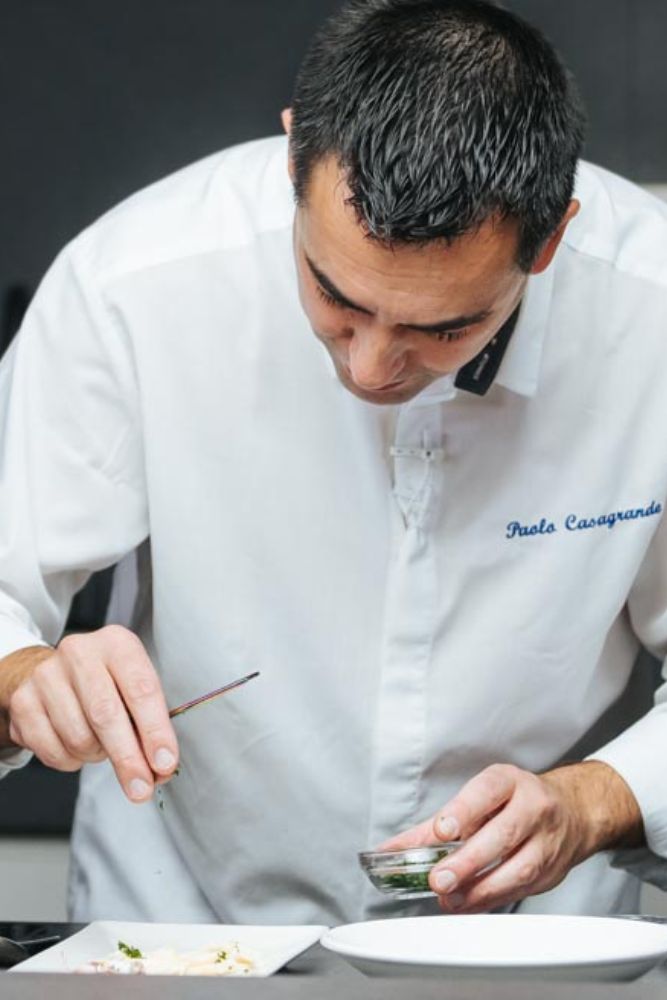