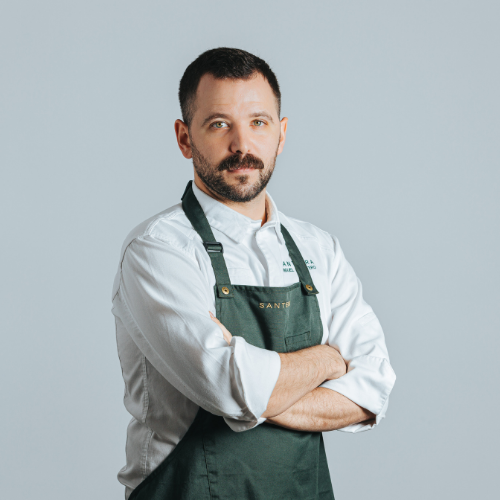 Miguel is the owner and executive chef of Santerra. His concept is about going further, passion, evolution and breaking stereotypes of tasting menus.

Miguel Carretero (1991), born in Pedro Muñoz (Ciudad Real), studied at the Toledo School of Hospitality and has worked in restaurants such as: Palacio de Cibeles (Madrid) by Adolfo Muñoz, La Casa del Carmen or El Carmen de Montesión ( Toledo) by chef Iván Cerdeño who has 1 Michelin star, in which he worked as second chef for 3 years. He was the head chef at Adunia (Madrid) of the chef Manolo de La Osa from Cuenca, from February 2017 until its closure. In September 2018, he set up his personal project with the opening of Santerra, a restaurant in the Salamanca neighborhood (Madrid) where he has 1 Repsol sol.

And since the opening of Santerra, the restaurant has won achievements such as "The best Iberian ham croquette in the World 2018" and "The Best Escabeche in 2020" in Madrid Fusión; also, "Revelation Restaurant 2018" by the Metrópoli Guide. 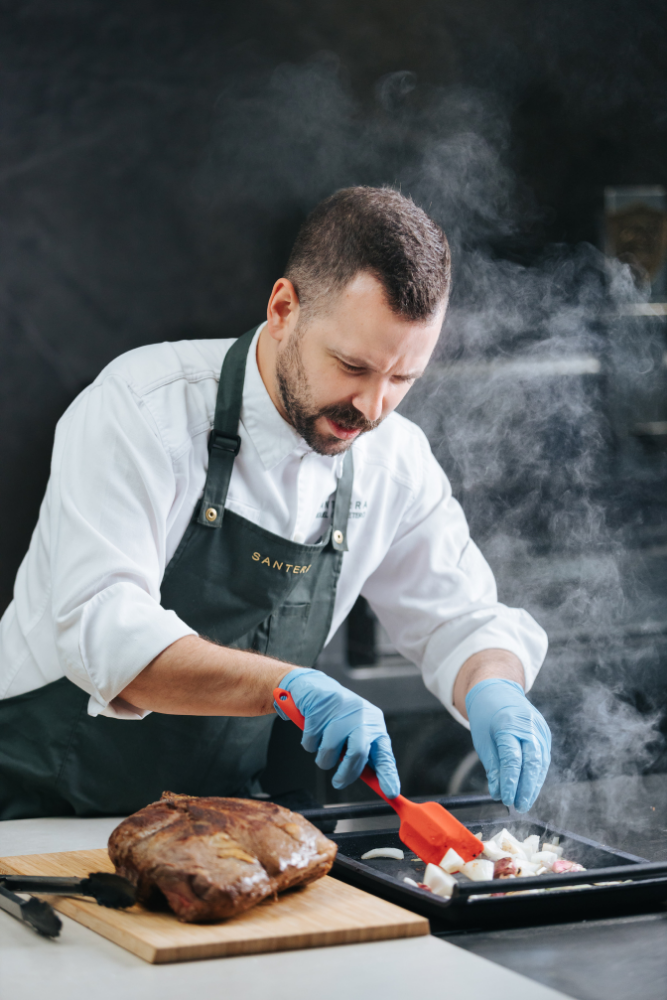