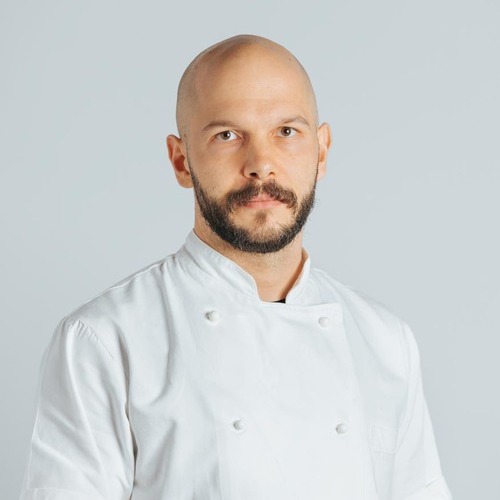 A chef dedicated to top notch raw ingredients, and proximity to the producer and the product. His creative use of preserving techniques transports us to the origins of central european cuisine.

Chef Micha Schäfer was born in Unterseen, Switzerland, but grew up as the oldest of six siblings in a small village near Paderborn, Germany.

Just a few semesters into his university studies, Micha Schäfer discovered his passion for the kitchen. He entered the industry as a dishwasher to help finance his training, but eventually put his academic career on ice and switched to the other side of the prep line as a chef.

The big breakthrough came in his position at the Villa Merton (Michelin**, 18 points in Gault Millau), which at that time was the sole establishment in Germany that celebrated a restrictive regional kitchen. Schäfer was invited by Head Chef Matthias Schmidt to assume a vital role in the restaurant’s creative process, a massive boon to Schäfer’s profile over time. It also marked the inception of Micha’s dedication to using only top-notch raw ingredients.

Since early 2015 he’s wielded the big spoon in the kitchen of Billy Wagner’s eatery “Nobelhart & Schmutzig” in Kreuzberg, Berlin. His efforts played no small part in helping the restaurant earn its first Michelin star and 16 points in the Gault Millau a mere nine months after opening.

Here his cooking relies almost exclusively on products — particularly vegetables and herbs — from the Berlin region. Now and again, if a product is unavailable there, he’ll reach as far as the Pfalz region of Germany. It is exactly these rigid local restrictions that ultimately force him to be creative in his use of preserving techniques, such as pickling, drying, and brining, in order to ensure an interesting range of ingredients through the winter. 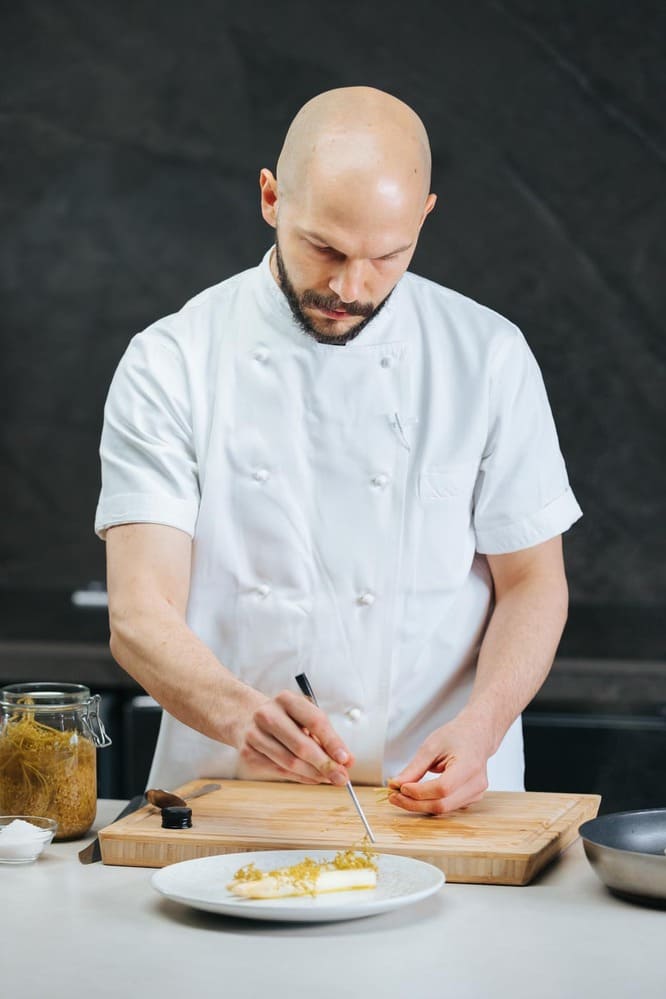