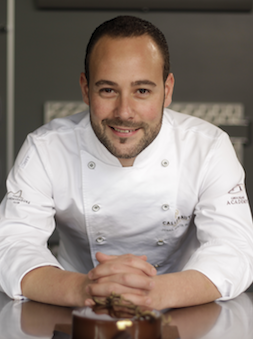 Chocolatier Josep Maria Ribé decided to dedicate himself to the world of gastronomy from a very young age. He began his cooking and pastry studies following the family tradition of hospitality.

While he was studying, he discovered what has now become his main passion: working with chocolate.

His professionalism and his constant updating of his skills led him to become the winner of the CANJOP (National Championship of Young Confectioners) in 2004, and in 2005 he obtained the highest award of recognition possible from the Spanish chocolate industry, the MMACE (Best Master Artisan Chocolate Maker) winning the Lluís Santapau Trophy.

Currently he forms part of the 21 Brix Collective, which is a group of pastry professionals united with the aim of sharing their passion for the pastry trade.