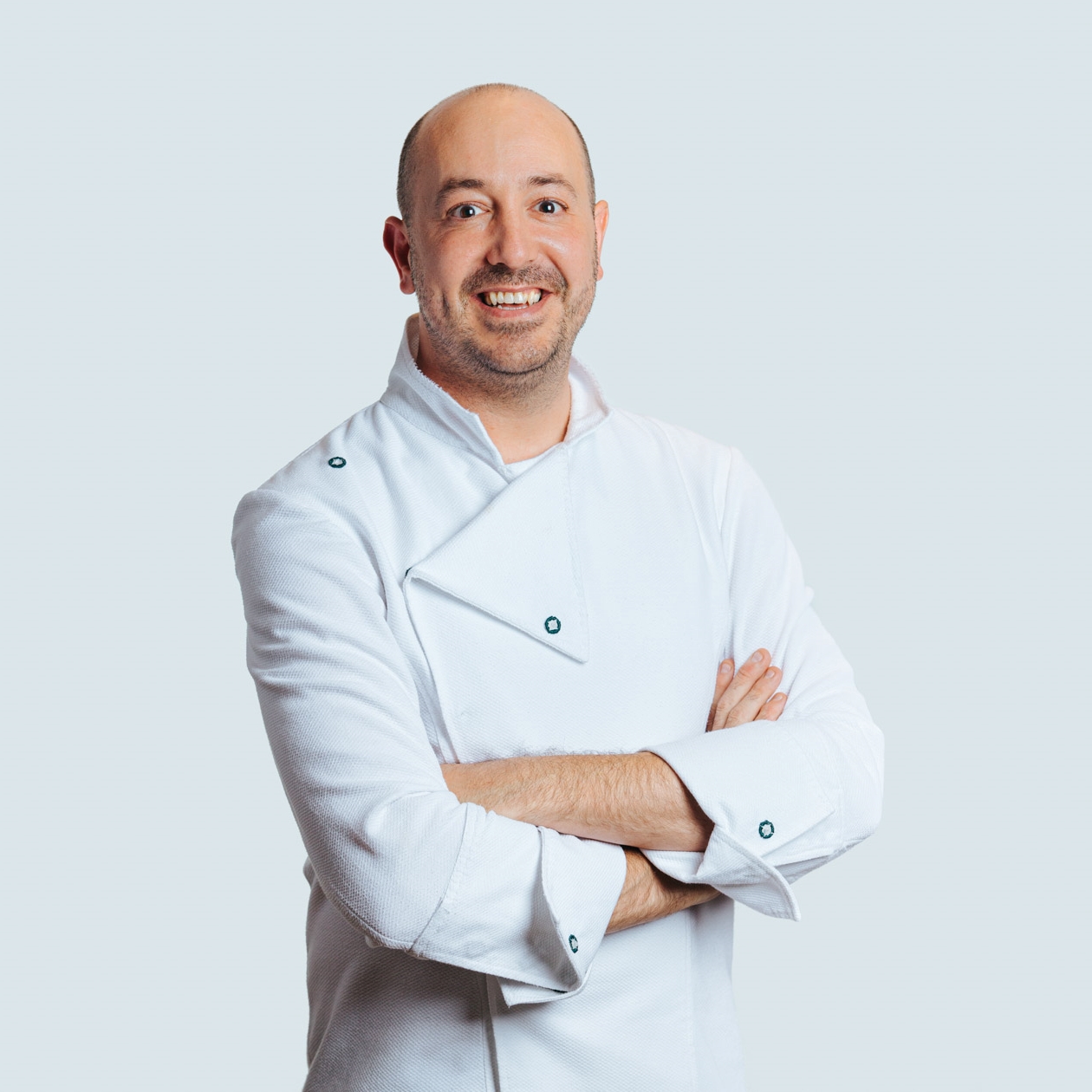 His passion for cooking developed around the stoves of his childhood home, and right from the start he always had the support of his whole family.

At the age of fifteen, he began his academic training at the CETT (Barcelona), specializing mainly in pastry in his third and final year.

From then on, he began his career as a professional, but he never stopped learning. Courses with Jordi Butrón and Xano Saguer in Espai Sucre are particularly worthy of mention, as are the master classes received from Carles Mampel or Ramón Morato, internships with Josep María and Ramón Freixa, and participation in numerous industry events that brought him into contact with the most renowned national and international chefs.

Fourteen years working with Carles Gaig consolidated his evolution in the restaurant business.

In 2007, he was honoured with the award for best pastry chef in Spain.

His work is not limited to banquets and events, but encompasses a wide range of aspects, such as research, presentations, publications, letters, openings of premises and consultancy...

At the end of 2013, he left Gaig to go his own way, acting as a consultant and organizer of exclusive events.

In 2014, he launched a personal project, the Creative Signatures training website, where he is both partner and gastronomic director. 2017 saw the launch of his second personal project, Bar Sideral – El Cinco, a multipurpose space with several eatery options.

During this period, he formalized connections with several companies, providing bespoke consultancy, collaborations with other recognised chefs, exclusive events and training.

In March 2020, he sold Bar Sideral – El Cinco to return to Carles Gaig's side, this time as executive chef. Without casting aside his different collaborations.