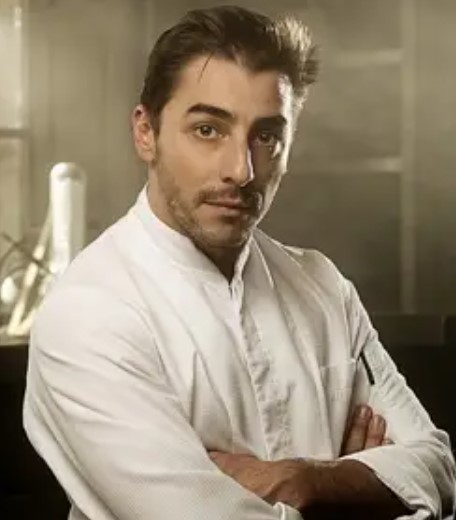 Jordi Roca took his first gastronomic steps at his parents' restaurant, in Can Roca (Girona). Later, while training at the Escuela de Hostelería de Girona (Girona Hospitality School), he worked with his siblings at Celler de Can Roca helping them with whatever was required.

He joined the restaurant permanently in 1997, and he worked across many sections. Yet it was not until the moment when he began to work with Damian Allsop that he discovered the great world of sweets and his future area of creativity within the Celler: the desserts.

From that moment onwards, many things would arrive: desserts, fragrances (lemon cloud/ núvol de llimona), publications, awards and his ice-cream brand, ROCAMBOLESC, which brings the sophistication of the Celler de Can Roca to customers on the high street.

He has won several awards, inlcuding the Best Pastry Chef of the Year (Mejor Pastelero del Año) in 2003 , Chef Millesimé by Cruzcampo Gran Reserva in 2013  and, together with his siblings, the award for the World's Best Restaurant, by the London based magazine 'Restaurant'. Not to mention the three Michelin Stars awarded to their restaurant. He was recently chosen as the World's Best Pastry Chef.