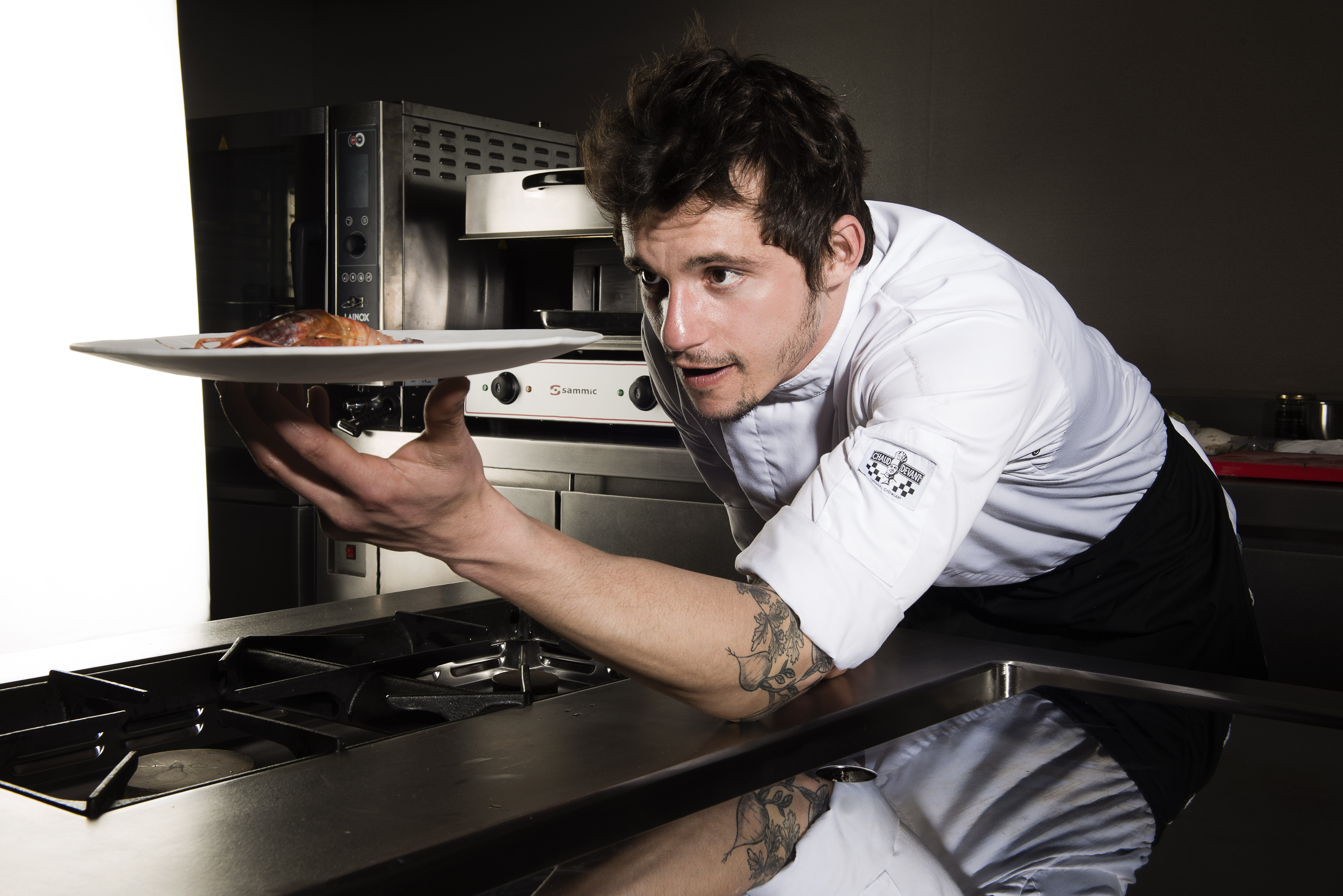 Born in Vitoria (Espirito Santo, Brazil), João Alcantara is a unique chef who has united his two passions in life: sport and gastronomy. He began his career by studying the impact of food upon athlete performance and then developed a cuisine based on healthy foods for high physical performance.

In Brazil, he worked in renowned restaurants such as Soeta and Capim Santo, where he had the opportunity to get to know the diversity and richness of Brazilian cuisine, in depth.

In 2012, he traded Brazil for Barcelona to expand his culinary repertoire, and chose to live in Spain because of the influence of its cuisine. His goal was to improve his techniques, to explore new technologies, and to study in depth Ferran Adrià's molecular gastronomy, and the traditional and signature cuisine of the Roca brothers.

João explores the fusion of his Brazilian roots with all of the highly complex content he learned in Barcelona. This is the basis of his cooking, which he himself calls ‘alchemy’. One of his main goals is to share his alchemy with the general public, to demonstrate that it is possible to lead a healthy life without losing the pleasure of eating well.

After several years cooking for athletes like Maxwell (Paris Saint Germain) and Daniel Alves (Barcelona), he has now undertaken, in collaboration with Dani Alves himself, the Alchemy project. This project includes: the Atelier FOgO, a creative training space in Barcelona; Alquimia FOgO, which offers courses and gourmet catering for events and big brands such as Hermès and GQ magazine; and FOgO Experiences where he aims to democratize Brazilian cuisine.

João creates an impeccable contemporary fusion of his two countries, Brazil and Spain, resulting in dishes that are refined, beautiful and healthy.