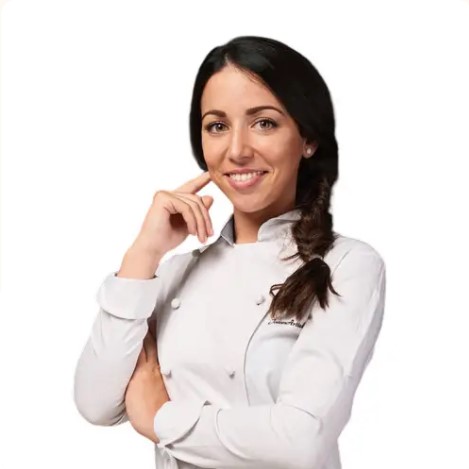 A versatile chef who recognizes that her curiosity, sacrifice, and self-demanding nature have been constants in her professional and personal evolution, and have caused her to acquire an extraordinary mastery of cooking and pastry techniques.

Born in Pamplona (Spain), she grew up in a family bakery. After studying at the school of fine arts, she began her studies in cooking and pastry. As a student, in 2005 she received the award for the best national pastry work in Spain. From that moment forward, her determination and her original ideas led her to work in some of the best restaurants in the world, including Michelin-starred restaurants in Spain and abroad.

Thanks to her mastery of technique, she’s been able to develop and create a pastry style all her own. In 2016, she was celebrated as the Best Spanish Chef (the first woman to achieve this distinction) and she joined the creative team of chefs Albert and Ferran Adrià together with Cirque du Soleil.

At the beginning of 2017, she was named one of the top 10 pastry trendsetters in the world and soon after she landed in Barcelona to join Hofmann's teaching team. Throughout her career, she has won more than twelve awards. In this same year she created her signature brand of nougat, Sô kô lá, a new concept for Christmas with which she introduces unique and exclusive collections every year.

In 2017, she joined Vivid Cuisine as an influencer and ambassador for the kitchen company and she began teaching master classes using her creative methods at various international schools. By the end of 2019, she published her first book, Sweet 12, the world's first annually updated digital book dedicated to seasonal products in the world of sweets. The book is an authentic creative tool that, according to chef Jordi Roca, has revolutionized the creative tenets of sweet cuisine.

Currently, in addition to teaching, she manages prestigious and exclusive consulting and gastronomic training in Michelin-starred environments. In 2020 she became a creative principal with the INDPT group in Dubai. In 2022 she was awarded the Talento Gastronomía prize for Best Pastry Chef. 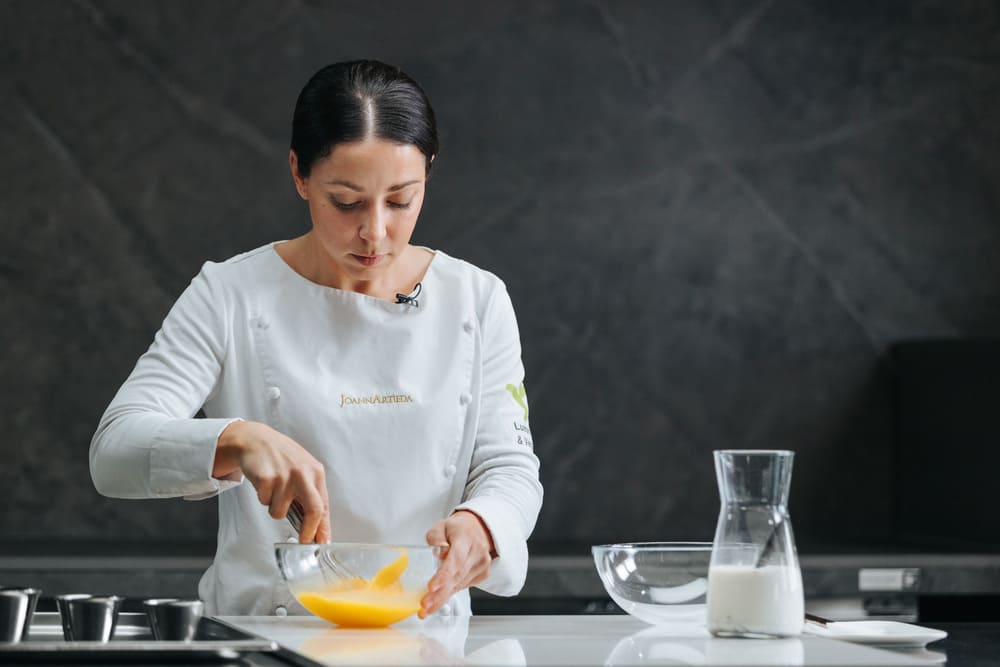