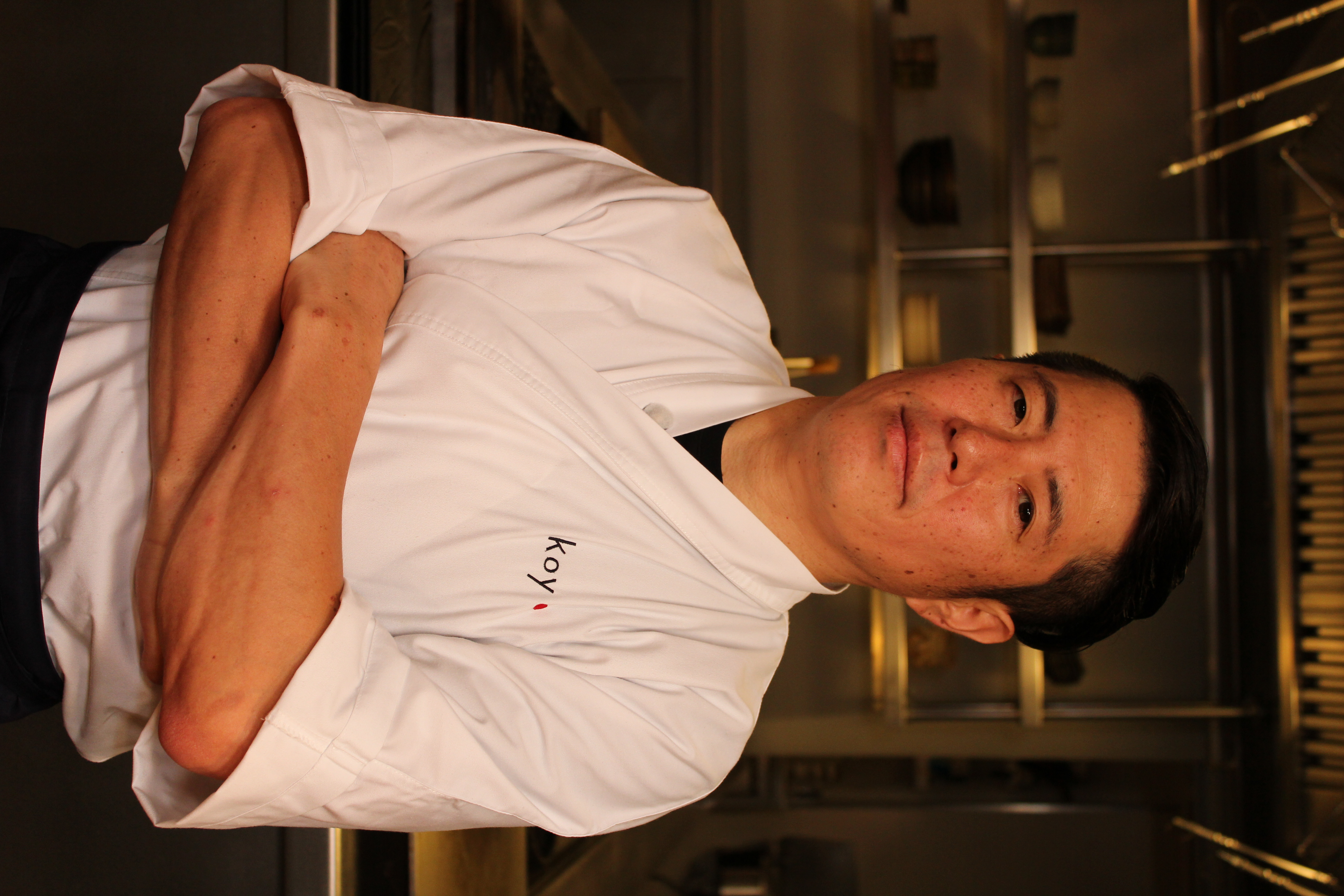 Hideki Matsuhisa was born in Toyota (Japan) in 1972. From an early age he was introduced to Japanese cuisine and sushi techniques by his father, a sushi master and restaurant owner. At the age of 15 he moved to Tokyo where he worked in different restaurants and trained in different Japanese culinary techniques.

In 1997 he arrived in Spain and was fascinated by the variety and quality of Mediterranean products. It was then that his notion of uniting Japanese culinary tradition with Mediterranean cuisine and products began to take shape.

For a while, Hideki worked in several Japanese restaurants in Barcelona, but it was in 2001 that he decided to open his own restaurant, Shunka (which means Seasonal Aroma) together with his wife, his sister and his brother-in-law. Their idea was to fuse traditional Japanese techniques with Mediterranean products and the characteristics of Mediterranean cuisine, to achieve excellence and delicacy in dishes with a simple appearance but with a high level of preparation and quality.

In October 2009 Hideki inaugurated Koy Shunka (Intense Seasonal Aroma), Shunka's big brother. A spectacular restaurant with an open kitchen surrounded by a cedar wood bar where diners eat, detailed decoration, and a supreme gastronomic proposal in terms of quality and creativity, combining Hideki's wisdom and experience. The excellence and quality of the restaurant was recognized in 2013 with a Michelin star that it still retains today.

In 2014 Chef Hideki Matsuhisa opened Koy Hermitage at the Sport Hotel Hermitage in Soldeu (Andorra). In 2015 he opened the Kak Koy restaurant, a robataya Japanese brasserie. In 2016 he opened the Majide restaurant; a spin-off of Shunka.