An entrepreneur by vocation and second generation of master gelato makers, Hervé Corvitto has accumulated more than 20 years of experience in production and project management in the field of ice cream making.

Hervé studied Business Administration and Management at the Autonomous University of Barcelona. Shortly after graduating, he took over Gelats Angelo, the business of his father, master ice cream maker Angelo Corvitto.

It was in 2000 when he joined the team and gave it a new impetus, adapting and perfecting the technique to the new demands of the catering industry, turning it into one of the best modern facilities located in the Empordà. There he worked in the areas of production, accounting and as head of R&D.

In 2008 he took over the reins of the business, managing it alone.

Currently, Gelats Angelo has been in business for over 40 years, achieving recognition as one of the best ice cream parlours named by Jordi Roca. 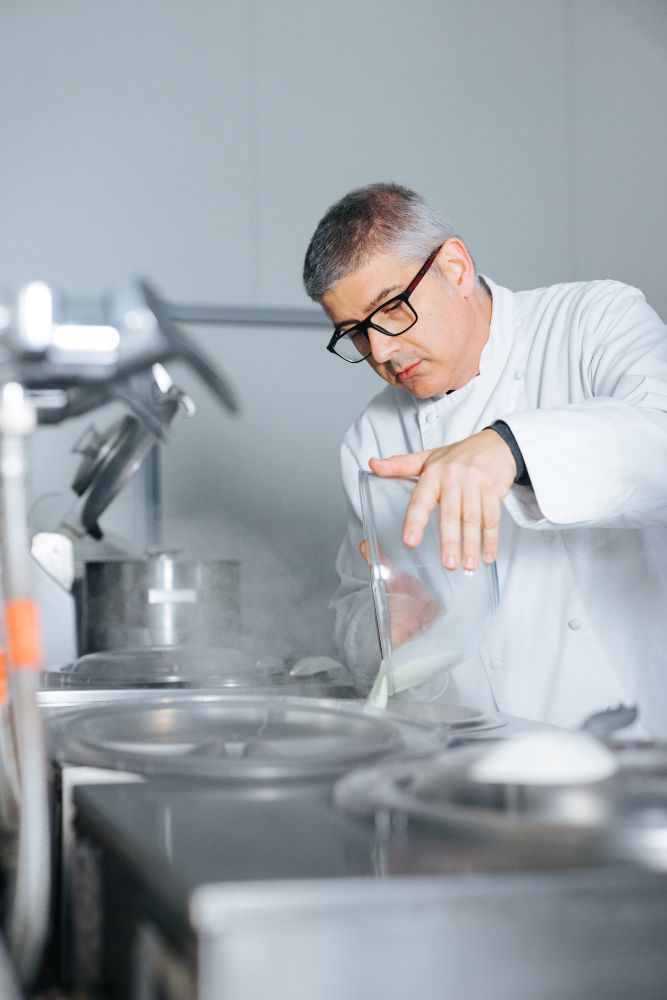