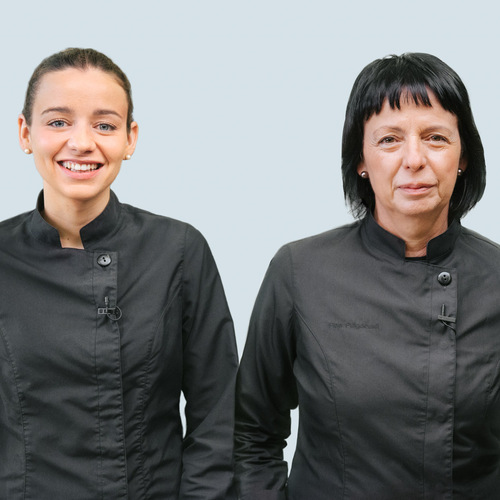 Lovers of nature, seasonality and their region: La Garrotxa. A mother and daughter team who cook with seasonal products and apply cutting-edge techniques.

Chef Fina Puigdevall has been running the Les Cols Restaurant, in Olot, Catalonia, since May 1990. She is the owner and chef at Les Cols, which is located in the farmhouse where she was born.

Her cuisine communicates many things while using  few elements. She likes to strip the dishes down to the bare essentials, but without missing out on the poetry. It is a sober but essential cuisine; refined but generous. It transmits sincerity, balance, austerity, naturalness, in an authentic and emotional way, with enthusiasm, intuition and sensitivity. It is a cuisine of the landscape and seasonality, of untraveled food. A sustainable kitchen, in a globalized world. Her kitchen is a reflection of her way of being.

The proposals that she offers are rooted in the land and the landscape that surrounds it. For this reason, she has begun research and recovery of the traditional market garden of the region. With a particular vision, they work with the products of La Garrotxa: buckwheat, potatoes from La Vall d'en Bas, corn, farmyard poultry – free-range ducks and chickens, – Santa Pau beans, ratafía , the Olot roscón, pork and sausages, river trout, snail, wild boar, truffle, chestnut, turnip, mushrooms, herbs and flowers...

She wants to offer the most intimate and familiar but with a current language. She likes to extol humble products; have nature and landscape as a source of inspiration; reinterpret and adapt the products of the land and its environment; so that the presentation plays with the emptiness or the space of the plate; the traditional contrasts with the avant garde. The philosophy that has inspired the architectural reform of the restaurant is the same as that which inspires her kitchen.

Fina considers her team as an extension of the family. She considers the goal of her restaurant is to bring happiness. That is why she attaches great importance to the ritual and to the enjoyment of each of the pleasures that surround the table: the luxury of light and silence; the importance of gesture and gaze; the serenity in the environment; the hospitality.

Her daughter Martina Puigvert Puigdevall (1994), joined the project in 2016, assuming the position of head chef at the restaurant, working together with her mother, chef Fina Puigdevall, to continue the project that the chef started in 1990. .

Martina has been involved in the world of gastronomy from a very young age. Her vocation has been favored by the family environment where she has grown up.

She has a degree in Gastronomy and Culinary Arts from the Basque Culinary Center and completed various stages in prestigious restaurants, as part of her internship for the degree.

In 2015, she moved to the United States to continue her practical work at Blue Hill at Stone Barns in New York, with two-Michelin-star chef Dan Barber.

After this period, Martina carried out her Final Degree Project at the Gustu restaurant, in Bolivia, a project of a gastronomic and social nature.

The Les Cols restaurant has been recognised with two Michelin stars and three suns from the Repsol guide.

Chef Fina Puigdevall was awarded the 2019 National Gastronomy Prize, by the Catalan Academy of Gastronomy and Nutrition (ACGN).

The space was created by the RCR arquitectes team, awarded in 2017 with the Pritzker Architecture Prize.

In 2020 the restaurant was awarded the Michelin Guide Green Star in recognition of restaurants that respect the rhythm of nature and carry out initiatives that preserve the environment by managing resources and eliminating waste. 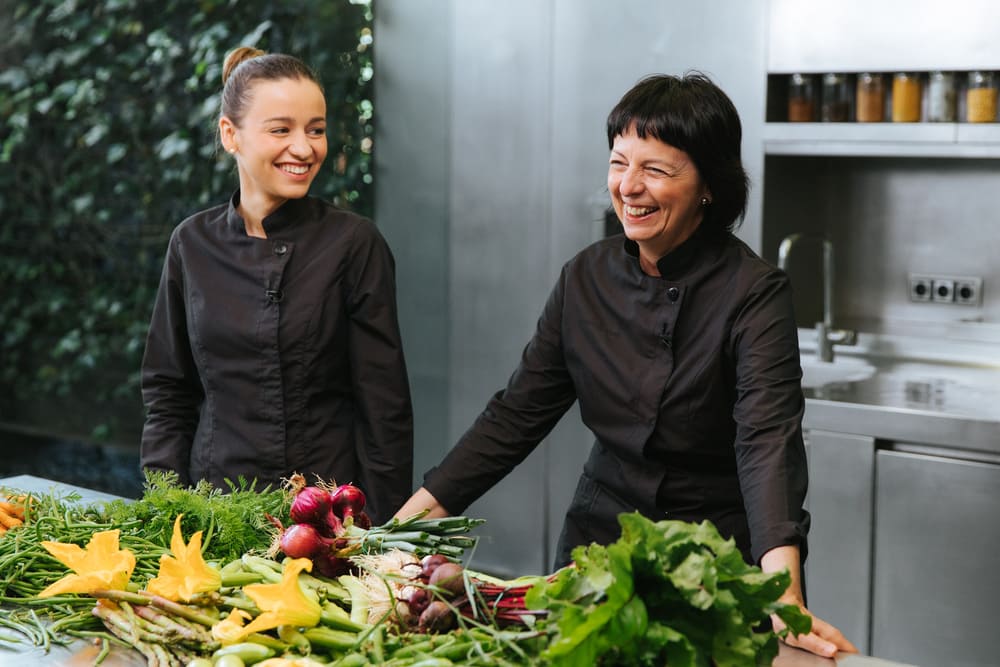