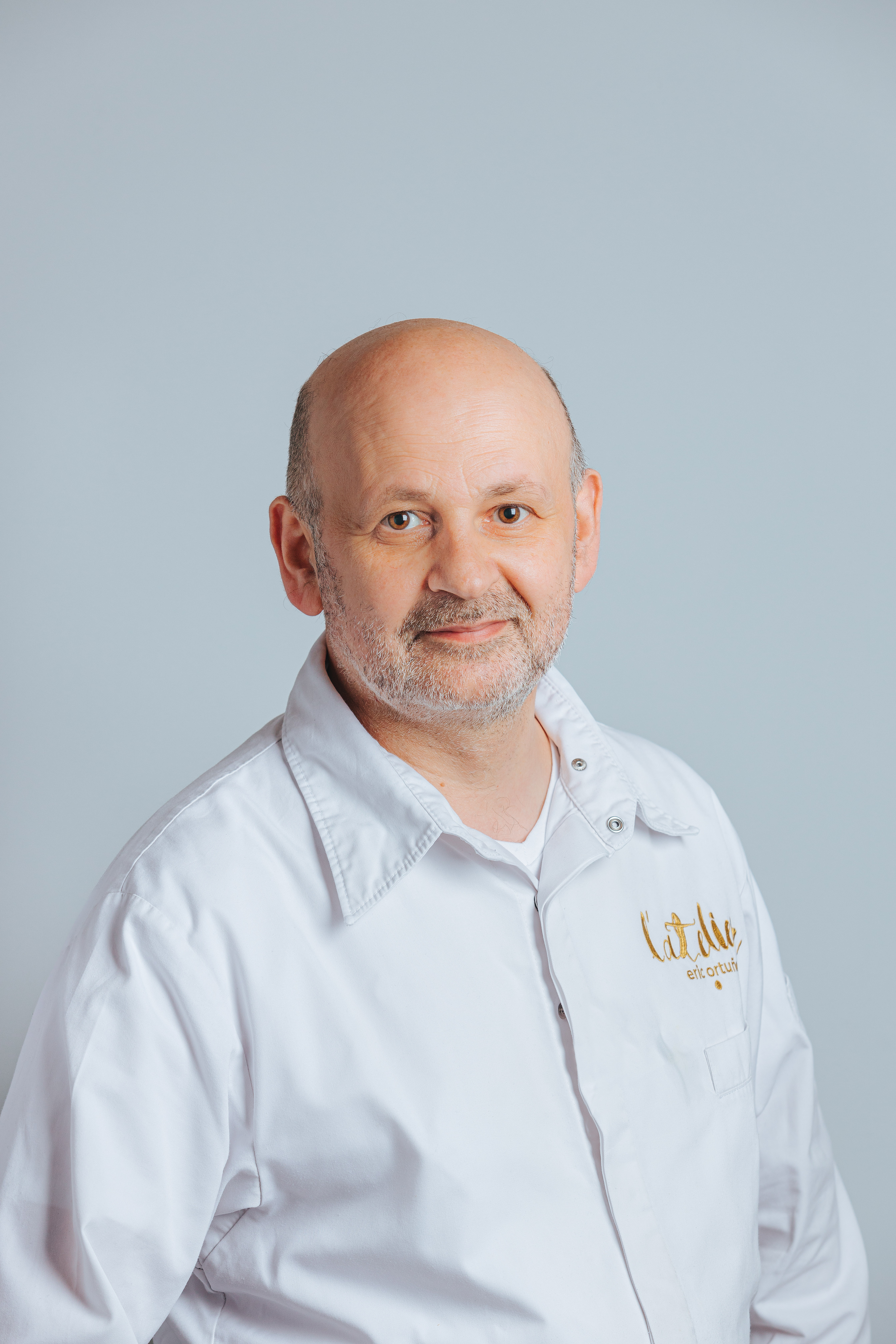 The award-winning pastry chef Eric Ortuño has more than 35 years of experience, and today devotes himself to training and sharing know-how about the most creative side of his specialism.

He began his career in 1986 when he was lucky enough to call Jean François Arnaud (M.O.F) his teacher. From 1993 to 1997 he was the second pastry chef at Yves Thuries, one of the most renowned confectioners in France. In Barcelona, he was a pastry chef at Fairmont Rey Juan Carlos I.

In 2019, L´Atelier opened in the heart of Barcelona's Eixample neighbourhood, bringing bakery, school and workshop together in a groundbreaking, unique and avant-garde space.

In 2020, the L’Atelier Barcelona School and Bakery received the Fava de Cacau award, recognising the L'Atelier Bakery as one of the 50 best in Catalonia in 2020. That same year, the bakery won the Dulcypas award for the best artisan biscuit in Spain, and Best 'San Juan' cream and pine nuts cake in Catalonia.

In 2021, after successfully passing the very thorough Relais Desserts examination - an organisation whose purpose is the promotion of French pastries on all five continents of the planet - Eric Ortuño obtained the plaque and jacket that distinguish him as a prestigious member of the highly regarded group.

He also published the book Break! (Vilbo Group) about biscuits and cookies. 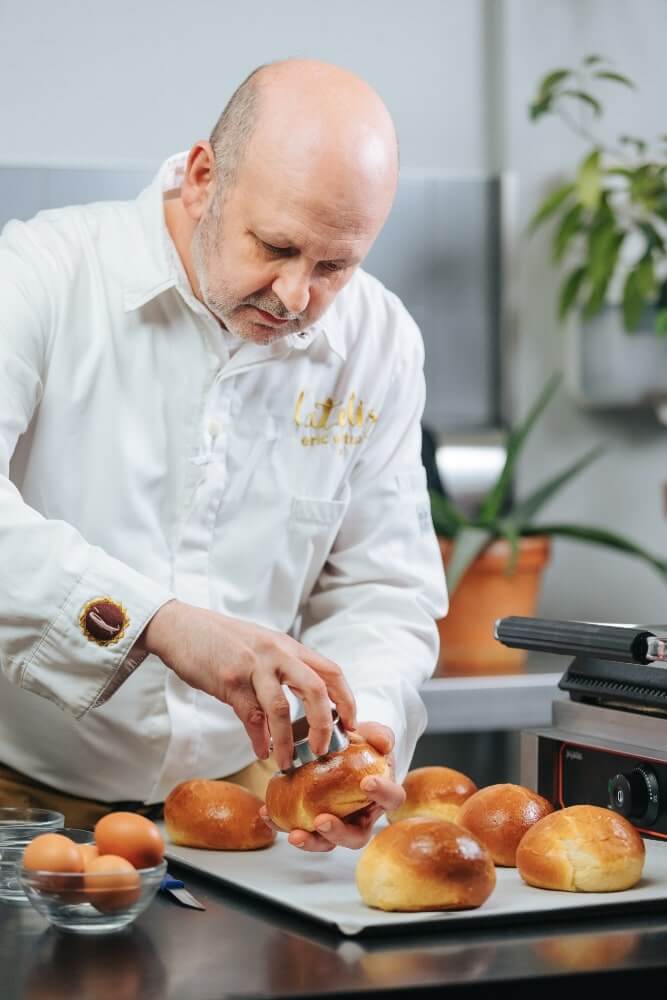