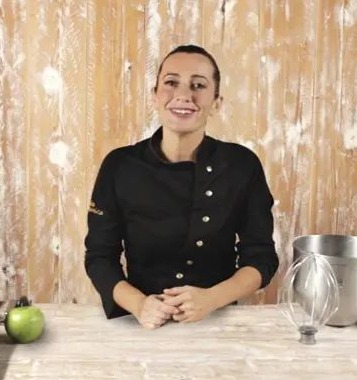 Born in Valencia in 1975, Begoña Rodrigo started to study industrial engineering at the Universidad Politécnica de Valencia. When she was 21, she started working at a hotel in the Netherlands. Her first contract with the kitchen of the hotel arrived soon and, some years later, she began working in the kitchen of the restaurant of Hotel Karel V (1* Michelin). She became the manager of the restaurant ‘Aquarium’ in London, and the highest person in charge of the shipments in 2 years time.

“Talent is something quite usual. Intelligence is not scarce, but perseverance is” says Begoña on her Twitter profile. This way, she evolved until developing her own cuisine, in which she shows her most personal side. And she put her acquired experience together to open her own restaurant, ‘La Salita’, in Valencia in 2004. She continued evolving until she won the first edition of Top Chef España, one of the most demanding  professional chefs competitions. In 2014, her effort, talent and hard work made her be regarded as Cook of the Year (Cocinera del Año) of the Valencian Community in 2014. Begoña keeps on working on her passion with perseverance. At present, her restaurant ‘La Salita’ has got a Sol Repsol and she goes on growing with new challenges, being ‘Restaurante Nómada’ the last one in 2017. It is a trip to cooking freedom, committed to be a unique gastronomic experience for guests.