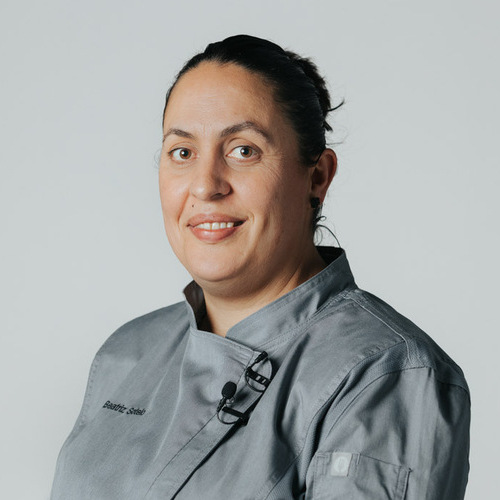 Cook and trainer, rooted in her land, Galicia. Creative and passionate about its freshest products and most traditional recipes.

She was born in 1981. She was granted an award in the 2008 Food Fair, whereby she was acknowledged as winner of the National Contest of “Cook of the Year”.

Her cuisine is state-of-the-art, yet with an unmistakable Galician root, originating in Ardan, the town where she was raised and where she grew surrounded by orchards and farm animals... her life was structured around the kitchen. At all times there was something boiling in a pot, but no member of her family professionally cooked, and by that time, it didn’t look as if she was going to start a cooking professional path.

On ending her school practices, she started working along with Marcelo Tejedor in Casa Marcelo,  at the time this resto received the first Michelin Star. From Marcelo she learnt a way to understand cooking and gastronomy as she has never seen before. After a season in his stoves, she initiated an itinerant stage in German and French restaurants before returning to Galicia.

In the year 2005, she was in charge of the stoves of A Estación (Camre) restaurant, which was also awarded a Michelin Star and a Repsol Sun, among other prizes.

Professionally she devotes time to teaching, and to the organization of different customized events and services.

Beatriz’s cooking is based on the most basic and simple principle: fresh and quality product. Preferably fish. What she intends to explain is that as soon as a fish enters the kitchen, you start observing it in the eye and the fish will inspire you with an idea, a recipe, a dish. Maybe this is the sole and exclusive secret for her success, to be at all times aware that inspiration results from the raw material’s quality that the market offers on a daily basis, without looking for a different path to geniality; just a job well performed, and fully honest, translated in the dish served. 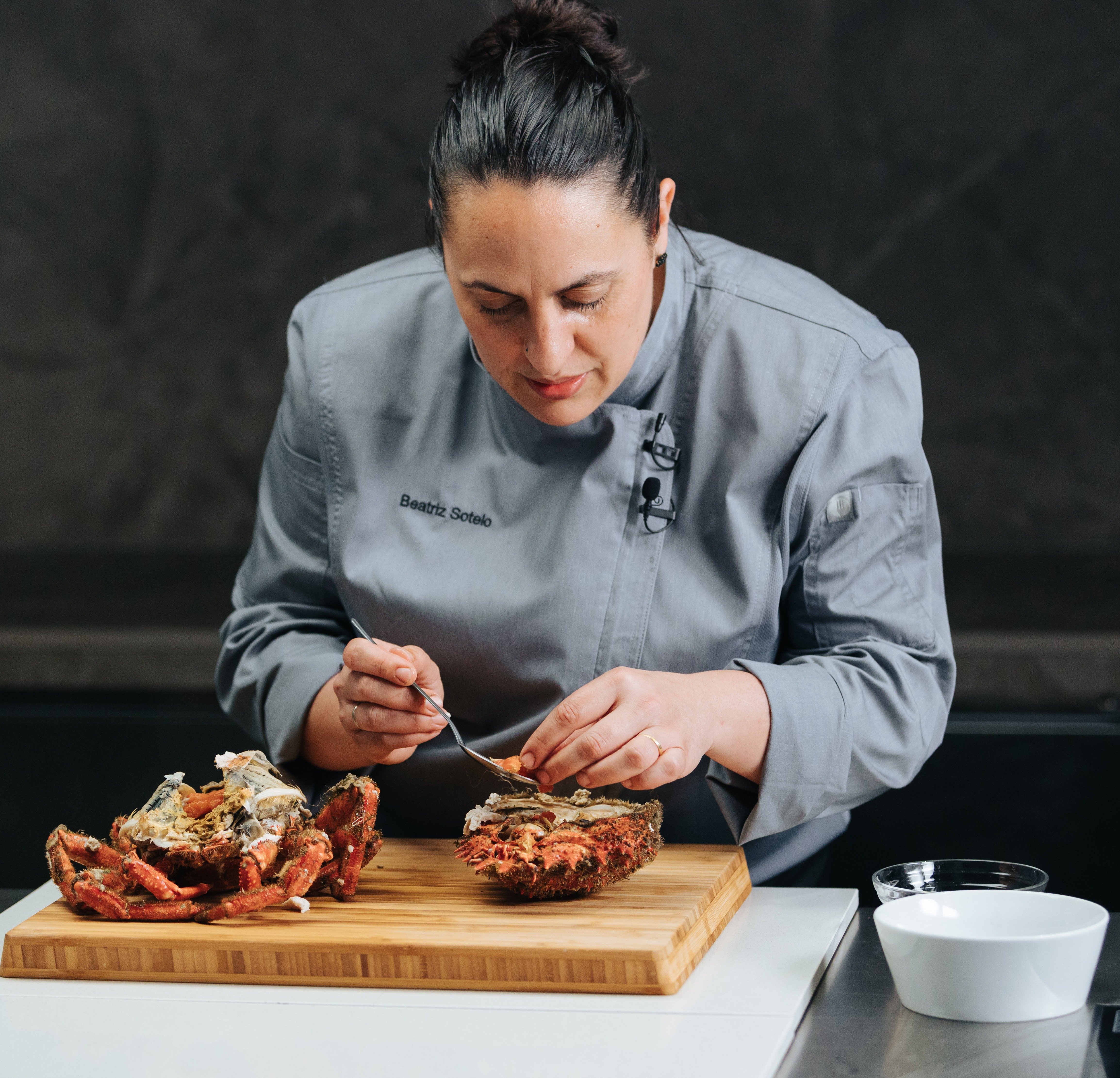