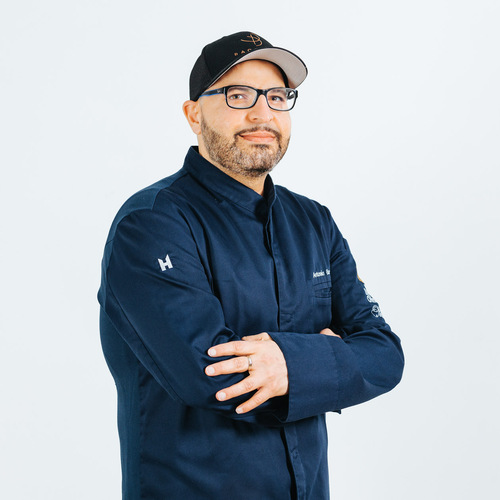 Antonio Bachour grew up in Puerto Rico and has been immersed in pastry since childhood, thanks to time spent in his family bakery. He spent his first years perfecting his artistry as a pastry chef in Puerto Rico, at the Sand Hotel and Casino, and Westin Rio Mar. In March, 2000, he moved to Miami Beach as executive pastry chef in Talula restaurant. He was soon making Italian delicacies at both Devito South Beach and Scarpetta (New York Times 3 *) in New York and Miami.

In 2005, KNR Food Concepts invited Bachour to form part of the opening team at W South Beach Hotel. He later took charge of the bakery at the Trump Soho hotel, and its restaurants. In April 2005, Bachour studied in France, at L'Ecole Valrhona. In 2009, Bachour was selected as one of the best 10 pastry chefs in the United States. Bachour was corporate pastry chef for St Regis Hotel from 2011 to 2016.

Chef Antonio Bachour travels around the world giving lessons and cooking in collaboration with the world’s best chefs, such as Massimo Bottura, Mauro Colagreco and Alex Atala. 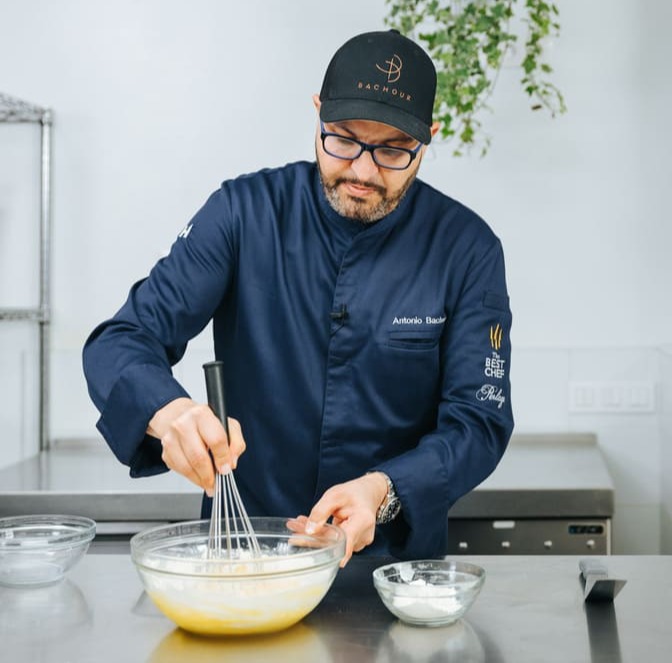