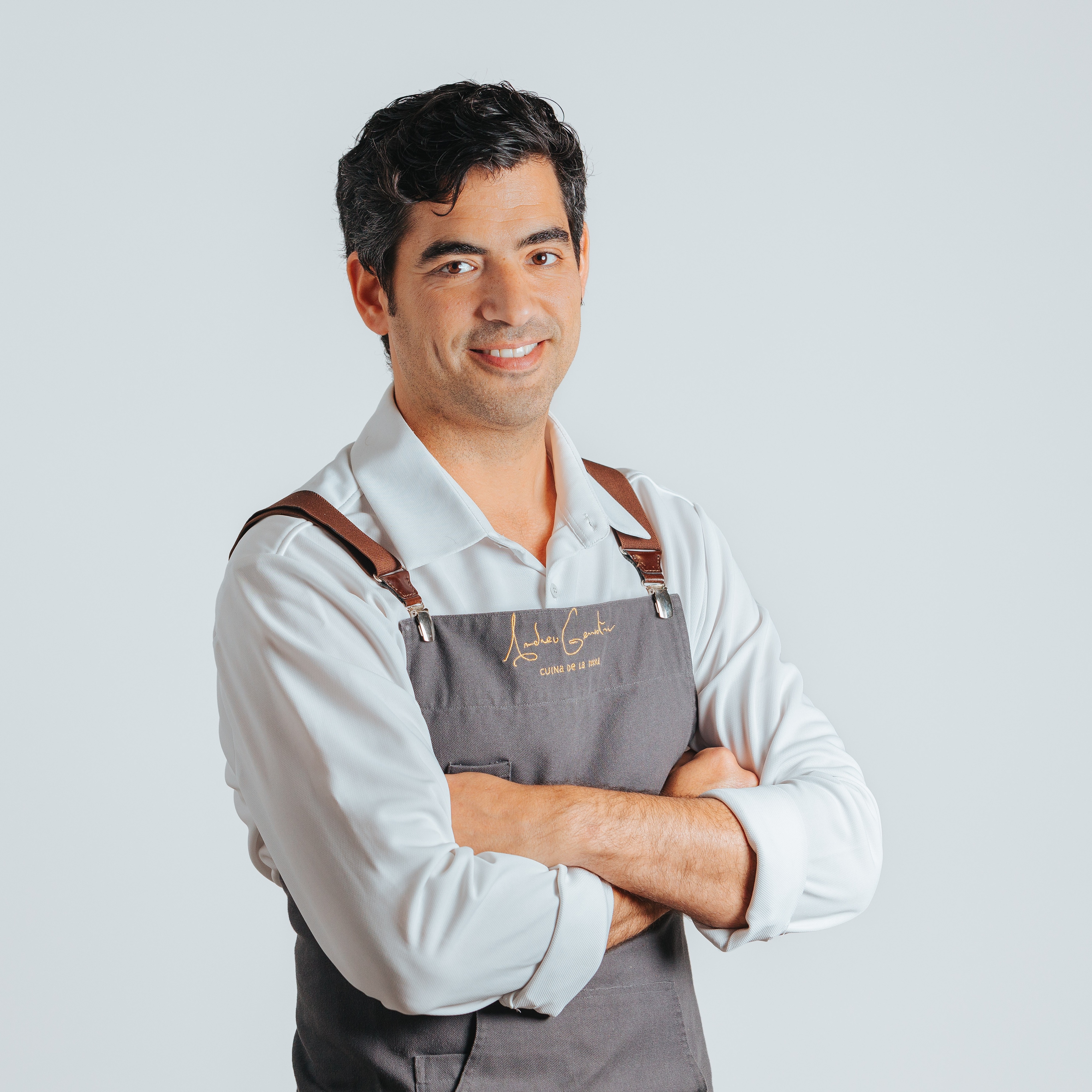 Trained among the best national and international chefs, Andreu Genestra has always had the desire to learn and venture into great gastronomic projects.

His first experience of a kitchen was scrubbing pans in a beach hotel when he was only 15 years old. At the age of 16, he began studying at the Hospitality School of the University of the Balearic Islands. Upon finishing higher education, he began to work in the kitchens of various 5-star hotels in Mallorca.

At the age of 19, he traveled to Barcelona. There he started out at the Hotel Condes in Barcelona where he worked for a year. He returned to the island and worked under chef Marc Fosh at the Read's Hotel. This is where he learned the foundation of his cooking skills. From Read's he went to Son Brull where he gained experience of Mallorcan haute cuisine.

The Basque Country was always his dream however, and at the age of 21 he did placements in Mugaritz and in Juan Mari Arzak's restaurant, two places that really defined the path he was to take.

Back in Barcelona, the Espai&Sucre restaurant taught him creativity in the world of desserts, and he learned from one of his favorite mentors, Jean Louis Neichel.

In 2008, he began at Ferran Adrià's El Bulli. He worked for two years under the Catalan chef. His first position as Head Chef came in an emblematic hotel: the Formentor. Genestra was in charge of the hotel restaurant, El Pi, for 3 seasons.