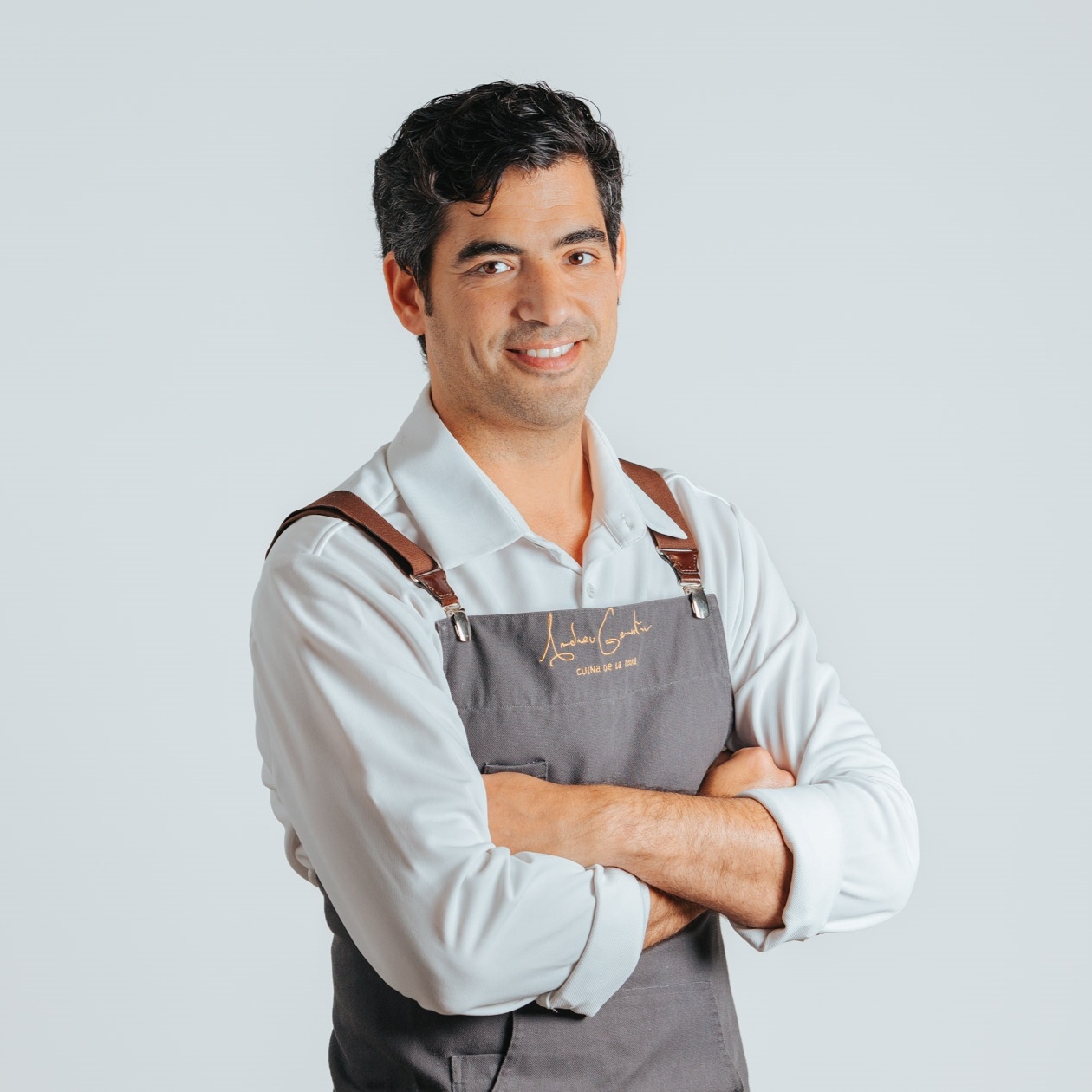 In the culinary world, pork meat is used to elaborate a huge number of different styles of cuisine. This is a universal product, with butchering providing different parts for stewing, roasting, frying, smoking and even making sausage.

In this online course, the Michelin-starred chef Andreu Genestra will illustrate via various recipes a multitude of techniques using every part of the pig, enabling the student to replicate a range of different cuisines and flavors. In this online course you will learn how to bone, separate out and cook the parts of a pig.

With the pig you can use absolutely everything. Michelin starred chef, Andreu Genestra, will cook using almost every part of this animal. He will cook a translucent cannelloni stuffed with offal, a bacon tartare, a dry meringue stuffed with rillette (a soft pâté from French charcuterie, typical of Le Mans) and even a dessert where the chocolate is delicately flavored with bacon and the doughy part will be an ensaimada (a typical Mediterranean pastry made with "Saim", or lard, hence the name "en-saim-ada").

Both lovers of cooking and professionals who want to learn or improve their knowledge about the traditional pork-based cuisine, and who also want to discover new techniques to use with this meat.

Instruments or materials recommended in some recipes (not essential for the course): His first experience of a kitchen was scrubbing pans in a beach hotel when he was only 15 years old. At the age of 16, he began studying at the Hospitality School of the University of the Balearic Islands. Upon finishing higher education, he began to work in the kitchens of various 5- star hotels in Mallorca.
At the age of 19, he travelled to Barcelona. There he started out at the Hotel Condes in Barcelona where he worked for a year. He returned to the island and worked under chef Marc Fosh at the Read's Hotel. This is where he learned the foundation of his cooking skills. From Read's he went to Son Brull where he gained experience of Mallorcan haute cuisine.
The Basque Country was always his dream however, and at the age of 21 he did placements in Mugaritz and in Juan Mari Arzak's restaurant, two places that really defined the path he was to take.
Back in Barcelona, the Espai&Sucre restaurant taught him creativity in the world of desserts, and he learned from one of his favourite mentors, Jean Louis Neichel.
In 2008, he began at Ferran Adrià's El Bulli. He worked for two years under the Catalan chef. His first position as Head Chef came in an emblematic hotel: the Formentor. Genestra was in charge of the hotel restaurant, El Pi, for 3 seasons.

For Andreu, gastronomy has no borders. He has also cheffed in London, Stockholm, Brazil, Moscow, Paris, Miami and for the Royal Family of Kuwait. After returning from the desert, he realised that it was time to start a new stage in his life, and put down roots in his homeland, Mallorca, once more.
Rich with his international experience, in April 2011 he decided to open his own restaurant, “Andreu Genestra,” in the Predi Son Jaumell Rural Hotel in Capdepera. Rewards came after 3 years of hard work and sacrifice: the Michelin guide granted him a star and the Repsol guide awarded the restaurant two Suns.
His projects continued, and in 2014 he opened a bistro restaurant in Palma. Aromata offers classical cuisine in a stately seventeenth century courtyard. It has been in receipt of a Michelin Bib Gourmand since 2018, the Repsol guide has given it a Sol.